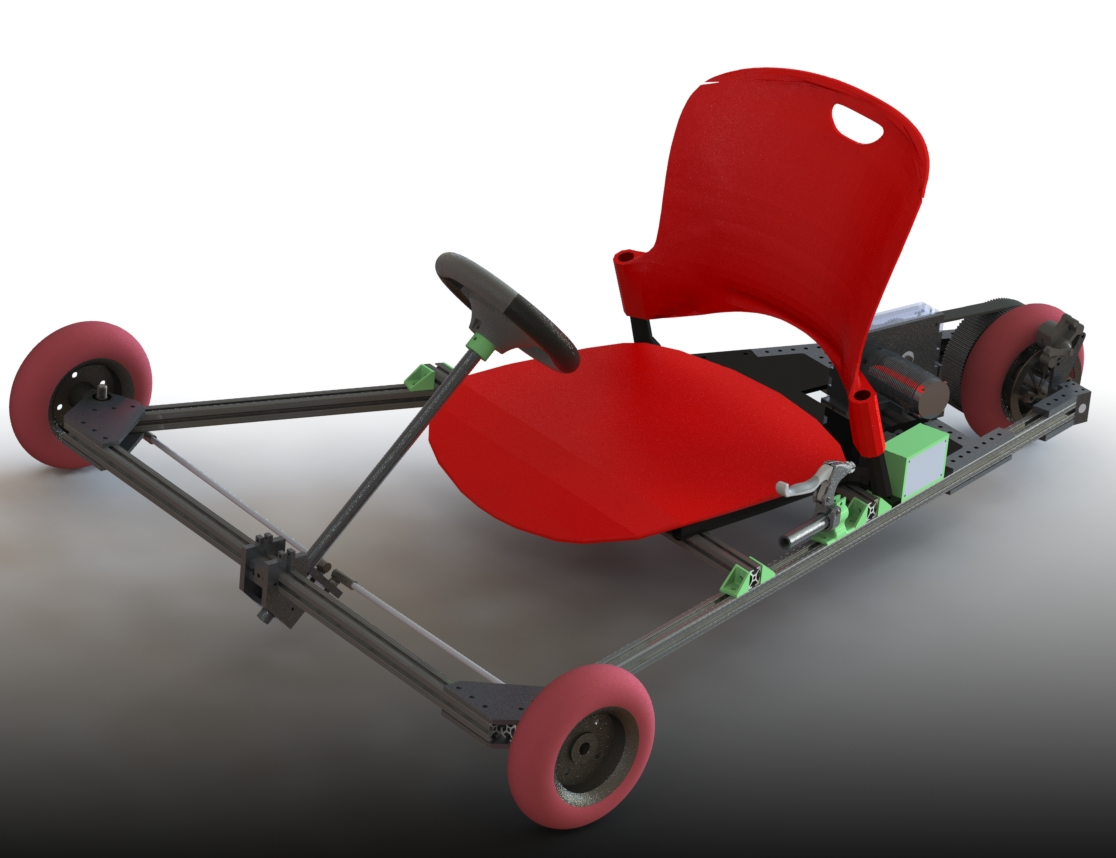 So last time I covered the basic drivetrain design. Now I'll get to the CAD design of the go-kart itself.

While I was pondering the design of the gearbox, I went ahead and designed the frame. I knew I wanted a three-wheeled go kart (for simplicity and because I was somewhat inspired by the MIT EVT eBike which I helped design), and to use 80/20 framing because I'm not experienced with welding aluminium (and I wanted to avoid steel to minimize weight). 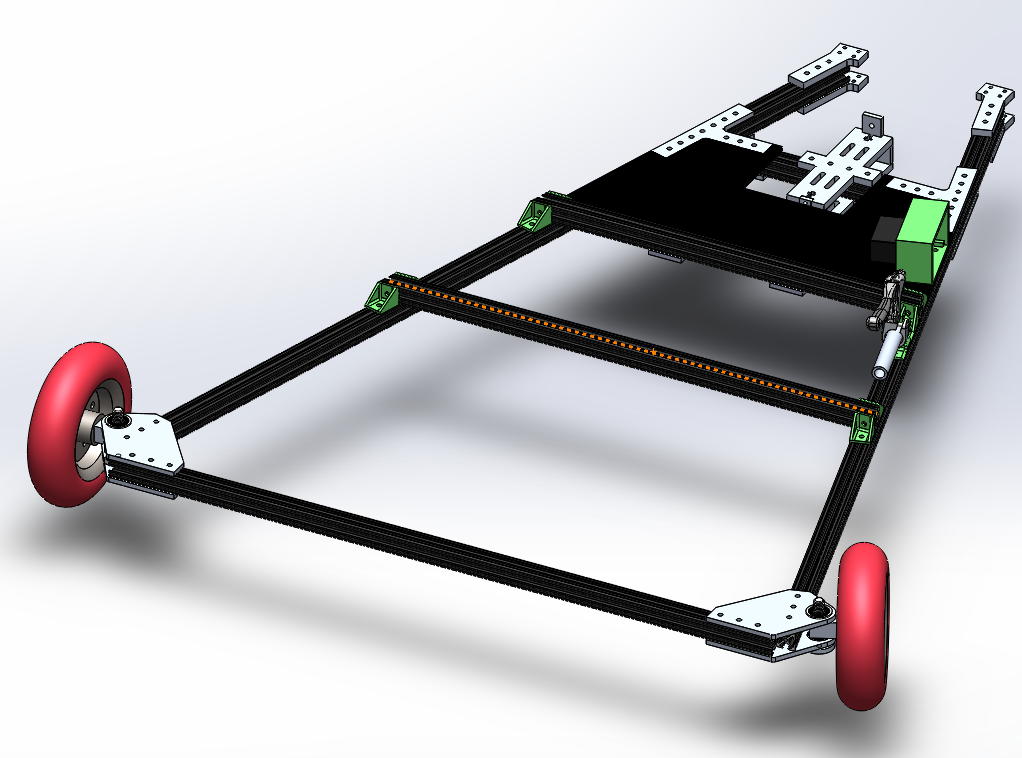 I went with a triangle-ish layout to ensure stiffness (triangles are the stiffest polygon).

I decided to adopt a steering layout similar to Charles Guan's BurnoutChibi, with the front brackets doubling as bearing holders for the steering kingpins, and using aluminum square extrusion as the steering spindles, and a generic (but modified) hex bolt as kingpin. 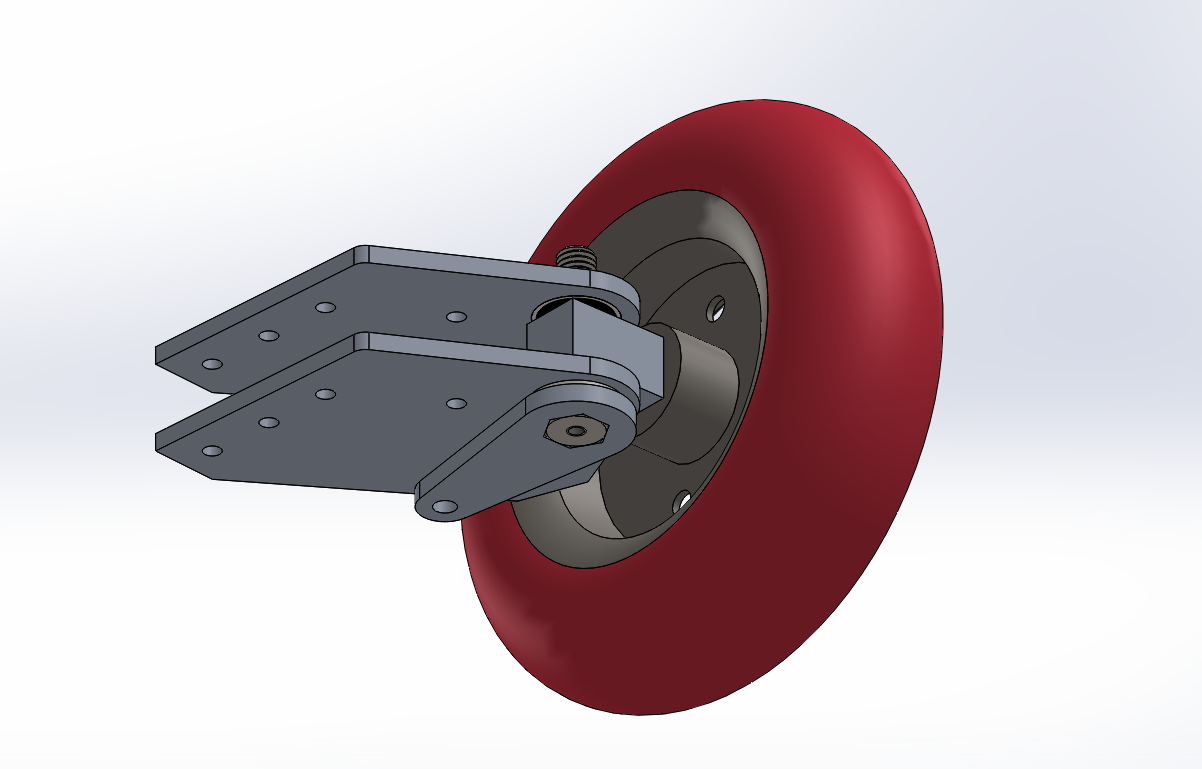 I went with a similar system to hold the rear axle and brakes. You can also see that I went with a belt drive for the rear wheel (quieter and cleaner, if not harder to design for). 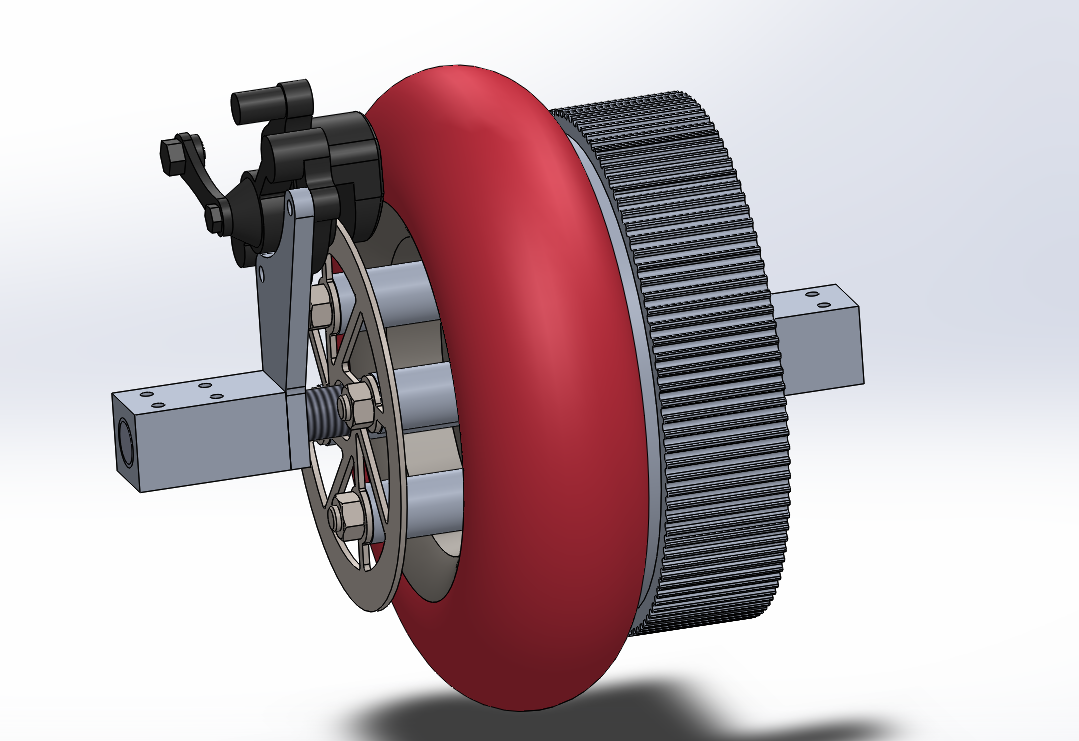 For the sttering assembly and linkage, I decided to convert an old gaming sttering wheel to act as both steering wheel, throttle and electonic brake control, as well as serving as an emergency switch.

All that, plus a chair that I found in the Stata Center basement, makes a three-wheeled go kart.

I finished the basic design of Megantereon around mid-March, and proceeded to order the parts and materials necessary. Now it comes down to building the beast.